Sometimes your computer may send a message about how to use the Win32 API in .NET. This problem can have many causes.

As the name suggests, Win32 is a 32-bit API for Windows 91 and later. Although the Win32 APIs were previously used in other spoken languages ​​besides C/C++, this required workarounds – wrappers or bindings – such as using the familiar P/Invoke scheme for C#.

. NET that we use today are still mostly based on Win32 and are more comparable to COM for modern developers who need to consider issues of form, performance, and compatibility.

I’m pretty late sI’ve noticed a trend in my programming and that trend has influenced this month’s theme. .I .recently .a .a . .Many .Win32® .interoperates in .many other .Microsoft® ..NET Framework applications. I’m not suggesting that my applications can be filled with custom interop code, although from time to time I run into a little quirk in the .NET Framework University Library class that can be quickly fixed to call into the Windows® API.< /p>

When you think about it, any target limitation in the .NET Framework 1.0 or 1.1 performance class that Windows doesn’t share is a big surprise. After all, 32-bit Windows is, by and large, in its incarnations, a mature system that has served a wider range of customers for decades. The .NET Framework is a relative newbie.

As the more elegant framework transitions its production applications to managed code, it seems only natural that developers have even new opportunities to delve into the underlying operating system needed for a critical tidbit of minimal functionality – for now.

Fortunately, the precise Common Runtime Appropriate Language (CLR) compatibility functions called Platform Invoke (P/Invoke) are potentially very comprehensive. In this column, I will focus on our practical use of P/. Calling Windows BBB API functions. P/Invoke is used as a noun referring to the COM interop feature of each of our CLRs and is used as a verb when talking about integrating that feature. I won’t go into detail about COM interop because, paradoxically, it’s both very accessible and more complex than P/Invoke, making it a less straightforward subject.

I’ll start by looking for a simple P/Invoke example. Let’s see how to call the Win32 MessageBeep function, whose unmanaged declaration is given in the following code:

These three files are collectively known from the “Win32 API”—in other words, the core collection of Windows 95/98 public domain code. There are many other APIs available that most people can use in their programming. Now I’m moving on to how you can use this Win32 API in your .NET family application to enjoy a high quality Win32 API.

To call MessageBeep, you need to add the following code, which is a C# class or struct definition:

Surprisingly, this code is enough for your managed code to suddenly call the unmanaged MessageBeep API. But it is notcall, but a method, and the definition of an external method. (Also, it’s very easy to provide a C port that supports C#, so the software is a useful starting point for introducing some concepts.) A possible managed code voice access looks like this:

How does the Win32 API work?

When an executable is loaded into memory at runtime, a special operating system loader fixesIt has the IMPORTS workspace with the addresses of the physical functions of the DLL. Finally, when your code calls a statically linked Win32 API function, it jumps directly into your DLL function.

Now notice that the MessageBeep selector is declared static. This was a requirement for P/Invoke because there is no consistent concept of an instance in the Windows API. Next, notice that the method is marked as external. It is this compiler hint that forces you to develop a method that is implemented by a function that is exported from the DLL, and therefore suggests that you do not need to create a method body. 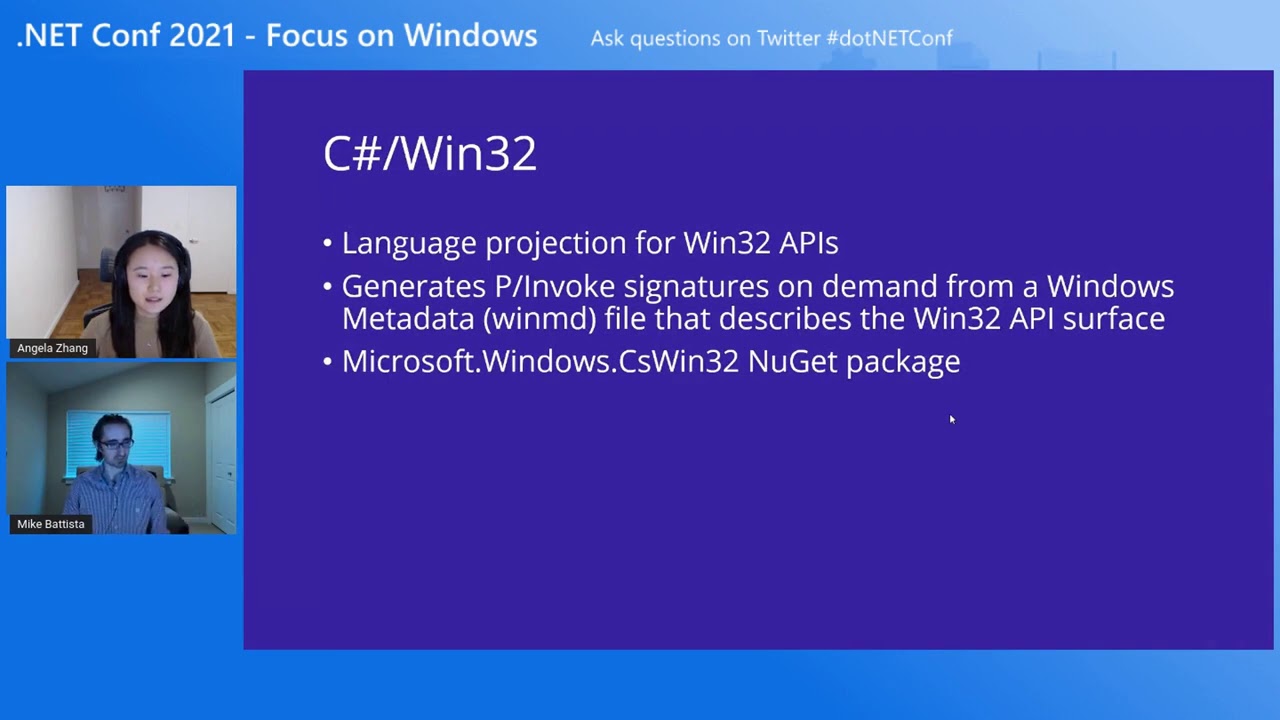 Speaking of the missing alternate body, did you notice that the MessageBeep declaration doesn’t include the full body? Unlike most managed methods, whose methods are composed of intermediate name (IL) statements, P/Invoke methods are nothing more than metadata that the JIT compiler uses to create managed rules when it is connected.ni to an unmanaged DLL function. Important information needed to connect to an unmanaged system is the name of the DLL from which the unmanaged system is being exported. This information is provided by the DllImport custom attribute that precedes the declaration of the MessageBeep method. In this case, you will surely see the unsupported MessageBeep API being exported by User32.dll on Windows.

NET5 applications can now receive Windows APIs through a new set of target platform monikers (TFMs) that have been extended to support platform-specific APIs. This is the recommended system for .NET going forward. You can get a lot more information about this change by promoting the .NET5 Preview 1 announcement.

So far, I’ve used all but two of the tips to recognize the mobile phone, which, you remember, Messagebeep looked like the code shown in the following snippet:

The last two lessons cover topics related to marshaling disks and actually calling a method generated from managed code into unmanaged execution. A call to the unmanaged MessageBeep function can be made from managed code that finds any outer MessageBeep declaration in scope. Communication with is carried out by a static method, like any other brand. It is probably this commonality with all other regulated method calls that leads tothe need for data marshaling.

One of the unique features of Isc# is that its calling syntax can only access key CLR information types such as System.UInt32 and System.Boolean. C# explicitly ignores the C-based data types used in windows APIs, such as UINT and BOOL, which are just type definitions of C language types. So while the Windows API function type MessageBeep is registered like this